Well, folks, we have another Siege of Augusta down in the books. Clean up is complete, and we now begin planning for next year. This post is a retrospective of SOA XXIX, and a prompt for you to sound off.

Before getting into the meat and potatoes of this update, I want to convey all of our deepest sadness at the passing of Walt Langham, proprietor of Impudent Mortal. He has been a mainstay of the Siege, and fixture of our vendor scene. His kindness and generosity has been a great boon to the Siege; if you have a Siege-themed prize, token, or game aid from years past, chances are he made it. Walt’s absence at the next Siege will be palpable.

It’s difficult to write a positive status update in the wake of such tragedy, but I will endeavor to do so. Let us keep our friends in our hearts, and carry on the joy they brought us and our shared convention.

The Siege was well-attended this year. We had approx. 240 attendees at the Doubletree location, and 32 attendees at the Savannah River Brewing Company (WH40K tourney), for a total of 272 Siegers (Siegees? Siegites? “Those who Siege?” I’ll think of something). It’s not a SOA record, but it’s respectable and I’m pleased with it.

Of particular note is Friday night. In all the years I have been to SOA, I have never seen that many people on a Friday. In years past, we have had a steady all-day trickle on Friday, and a sudden blast of registrations first-thing Saturday morning. This year’s Siege upends that trend: we had 121 pre-registrations (a record for us), and the vast majority of desk registrations came on Friday, instead of Saturday.

The result was apparent in the main ballroom. Though the public game rubric was light, there wasn’t an empty table in sight. It has long been our goal to be able to support pick-up gaming, and I am calling this a big win.

All of our tournaments returned this year: Kings of War GT, Bolt Action, Flames of War, our third annual Warhammer 40K GT, and our second annual Art De La Guerre tournament. I’d like to thank all of our TO’s for their hard work and contribution to the success of SOA!

Last year we had a meeting of local TO’s and brainstormed ways to alleviate overcrowding of our tourneys, and Mike Ellison of the Savannah River Brewing Company graciously offered the use of his facilities to host our WH40K GT. I cannot express enough my gratitude to the Savannah River Brewing Company for their generosity, and Mike in particular for also running over to the Doubletree campus to help me with post-convention breakdown. I feel safe in saying the SOA WH40K GT is the premiere seasonal tourney in the southeast, and I’m excited to see where it goes from here!

I’d also like to thank Larry Essick for stepping up and taking over the KOW GT this year, his careful and deliberate planning, and constant engagement with the KOW community.

Aside from the aforementioned tragedy, we had some transitional pains in getting our vendor situation right this year. I am not satisfied with the accommodations made to our vendors (for which I take full responsibility), and my #1 goal this upcoming year to make sure we improve and progress on that front.

First, an over-reliance on automation caused us to miss a lot of attempted correspondence from our vendors. As a result, Friday morning was fraught with seat-of-the-pants decision-making (by me) that caused some understandable consternation among our most loyal vendors. However, other vendors stepped up to make it right, and in the spirit of friendliness and cooperation worked together to make accommodations. In this regard, special thanks go to Paul Rogers of the Augusta Book Exchange, who was moved not once, but twice to make room for other vendors.

We are making efforts to reduce set-up confusion for our vendors, and we hope to effect that soon.

On a more positive note, aside from the previously mentioned communal efforts by vendors, there was also significant cooperation on sales and store frontage. A constant problem for all conventions is product over-saturation: if five vendors all bring the same copy of “WH40K Kill Team”, then the prospective sales for each vendor is diminished. This year we saw vendors “buddy up,” which resulted in a less fragmented market, and hopefully more revenue.

Keep in mind that vendors pay a fee to set up shop, and are consistently generous in their contributions in prizes and raffles (which was amazing this year), and this enriches the entire convention. Please consider supporting these vendors not just at the Siege, but all year round. Let’s keep them coming back.

All things considered, this was a good year for merchandise, particularly t-shirts. I’d like to thank Eric Gray for suggesting the theme, “Barbarians at the Gates: the Fall of Rome” and creating the artwork, and Jeremy Mace for the wonderful shirt design. You all must have liked it, too: you bought all but three. We sadly had to turn away many seekers of L, XL, and 2XL sizes after our stock was depleted. Going by the numbers, this year’s shirt outsold the last two years’ shirts, combined. And since a rising tide lifts all boats, we also managed to sell off almost the entirety of our back inventory!

Many of you expressed disappointment at the lack of Siege dice this year. Sadly, I was unable to make it happen. I spoke with three dice vendors, and none had the availability in the colors and customization needed. All three dice vendors said they could make it happen with a custom “1” side instead of a custom “6”, which is not allowed in a lot of competitive play. For this reason, I forewent Siege dice this year. Rest assured, they will be available at the next SOA.

If you haven’t already, take the time to let us know how we did! Your comments, criticisms, and suggestions are all needed and welcome. You can email me directly at bfelger@gmail.com, and I will keep them in careful consideration when planning for next year’s Siege.

Next year is the Big Thirty! This is going to be a special bash, and we want to pull out all the stops for it. We have already chosen a theme to be presented at a later date. For now, just know that we intend to hearken all the way back to Siege I. You old-timers will know it when you see it. You won’t want to miss this one!!!

The Siege of Augusta XXIX was a great success, and it could not have happened without the volunteer spirit of our attendees, TO’s, and vendors. Thank all of you for making SOA and event not to be missed.

I’ll see you all next year!

With regards and best wishes in the new year,

Welcome to the Siege of Augusta XXIX! This year’s theme is Barbarians at the Gates: The Fall of Rome! 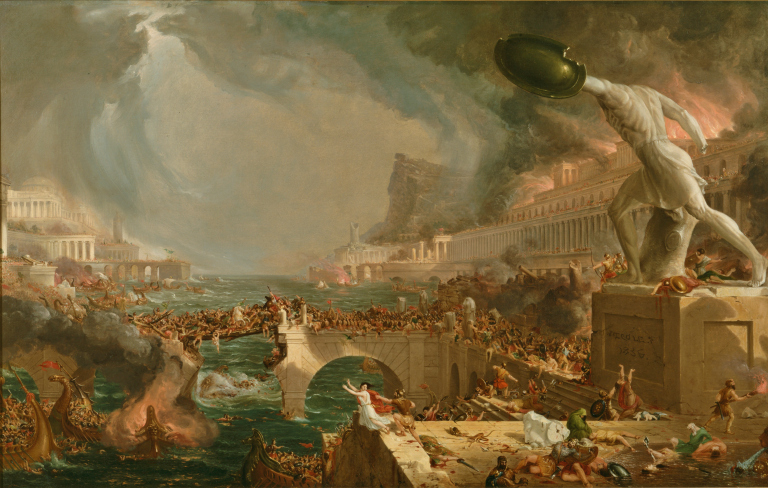 The most straightforward theory for Western Rome’s collapse pins the fall on a string of military losses sustained against outside forces. Rome had tangled with Germanic tribes for centuries, but by the 300s “barbarian” groups like the Goths had encroached beyond the Empire’s borders.

At its height, the Roman Empire stretched from the Atlantic Ocean all the way to the Euphrates River in the Middle East, but its grandeur may have also been its downfall. With such a vast territory to govern, the empire faced an administrative and logistical nightmare. Even with their excellent road systems, the Romans were unable to communicate quickly or effectively enough to manage their holdings. Rome struggled to marshal enough troops and resources to defend its frontiers from local rebellions and outside attacks, and by the second century the Emperor Hadrian was forced to build his famous wall in Britain just to keep the enemy at bay.

Join us January 18-20 as we not only explore the Fall of Rome through miniature war gaming, but we celebrate the hobby with tournaments for veterans, demonstrations for all ages, one-of-a-kind vendors and much more. REGISTER TODAY! 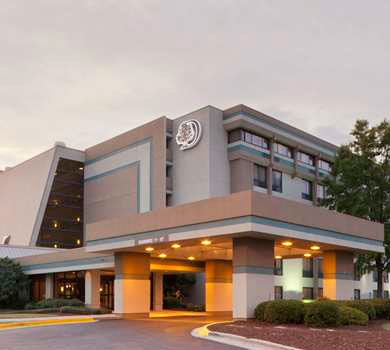 As in past years, The Siege of Augusta will be held at the Doubletree Hilton.